Being a distributor by nature the prospect of having to manufacture in-house was daunting - could they easily transition to manufacturing boxes?

Barton Jones Packaging, traditionally a packaging materials distributor, had been considering manufacturing their own corrugated boxes for a number of years. More and more customers were ordering bespoke sized boxes in smaller quantities and on a truly, “Just in Time basis”. The result was a need to stock large quantities of many different sized boxes. However, being a distributor by nature the prospect of having to manufacture in-house was daunting - could they easily transition to manufacturing boxes?

The Kolbus Autobox installation at Barton Jones’ Letchworth Garden City based production facility consists of a Kolbus AutoBox AB capable of producing 50 Fefco styles (many pre-programmed) at speeds up to 800 boxes/hour and Kolbus AutoBox RS (Rotary Slitter), developed to offer a simple yet fast method of cutting and scoring corrugated board ready for box making. The machine can be set up to produce as many as four correct size blanks from a single pass at speeds of up to 120 metres per minute.

Justin Burrell comments; “The Kolbus Autobox versatility enables us to manufacture in short and medium run lengths bespoke cases consisting of mini to jumbo sizes quickly and with ease. Previously we had struggled to supply these as no sheet plant could offer this type of quick turnaround work. We were letting our customers down or losing out on key business. As an example, one of our first live jobs was a batch of 500mm long by 100mm wide 0201 style boxes”.
​
Arran Sethi, Kolbus UK, Sales Manager comments; “This is their next step in natural growth. The Autobox opens doors for them to secure local, quick turn-around, high margin business. The Autobox machines are set up within a minute and have a very good average run rate of around 500 boxes per hour meaning that they can produce anything from one to thousands of bespoke boxes within 24-48 hours of order. We know that our machinery is perfect for this type of business model and I am sure Barton Jones will make a success of it”.

The TRANSPACK company from St. Petersburg signed a contract with the ZIKO company for the supply of a new 4-color midline with a bottom print. Apstar HG2 1228 FFG model, made by DONGFANG. This equipment will enable Transpak to produce an additional 3 million square meters of products with high quality printing and precise box geometry.

From simple to excellent. Launch of the new Eterna ECUT 1450 series of automatic die-cutti 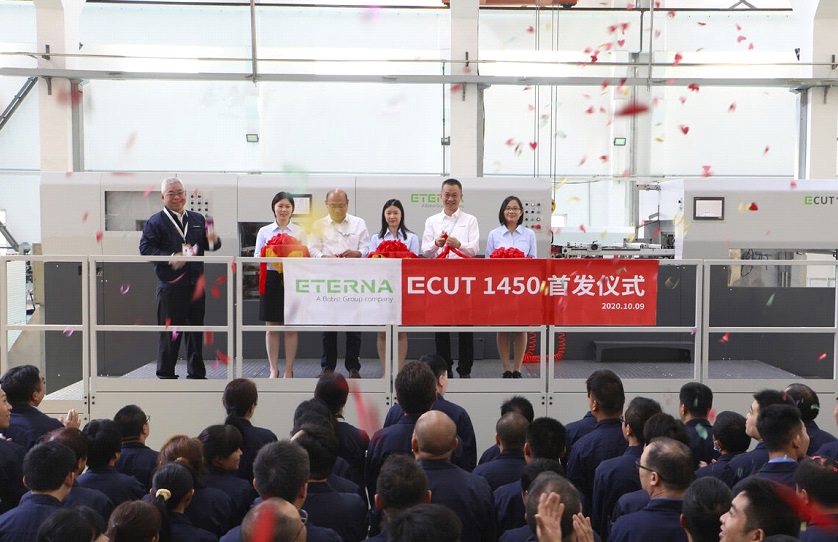 On October 9, 2020, at the demonstration center, ETERNA held a launching ceremony for a new product of the ECUT 1450 series.

SANWA installed a press in Ivanovo 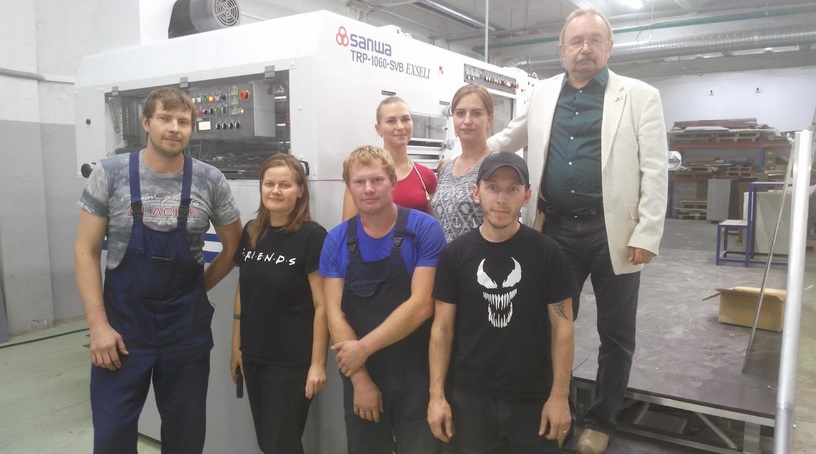 In September 2020, ZIKO specialists installed the first advanced model of the TRP 1060 SVB EXSELI die-cutter of the Japanese company SANWA outside Japan in the Diana printing house, Ivanovo.